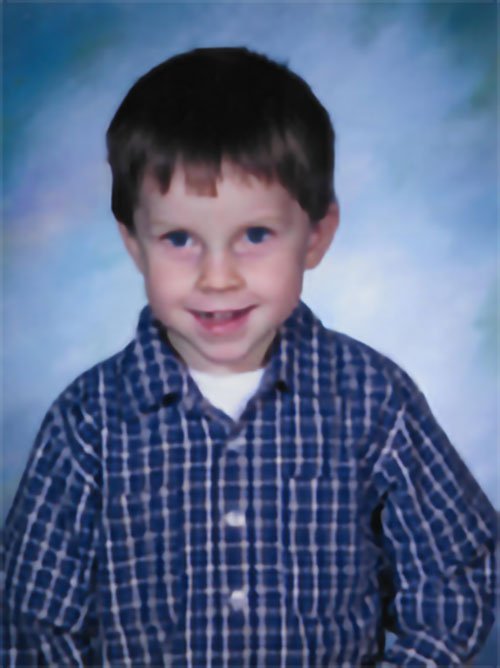 Jaxon, born a resident of Grand Canyon, Arizona in September 2001, was always an incredibly happy little boy with a bright smile.  His life was not picture perfect by any means in his early years as he dealt with all the changes and uncertainty of his biological parents divorcing when he was still quite young.  He lived briefly in New Mexico and then returned to Arizona where he grew up in a blended family with 5 siblings, and their parents Jay and Jessica.  Everyone around Jaxon recognized one of his greatest attributes – his ability to always maintain a positive attitude. Family, friends, schoolmates, and teachers all were impressed by his overwhelming ability to find good in pretty much any situation.

Jaxon attended Cornerstone Church in Chandler, enjoyed hiking, airsoft, snowboarding, boating…most anything outdoors.  Like a lot of kids, he was also quite adept at playing online Xbox games with friends. He was a part-time cook at Barro’s Pizza and played the baritone in the Marching Band at Basha High School.  He also played the trombone in Symphonic Band and participated in multimedia & film until November of his Junior year when he was diagnosed with Acute Lymphoblastic Leukemia (ALL).  Even in this darkest moment of Jaxon’s life, when he was in the emergency room and we received the alarming results of his blood test, his only comment was “oh geez”.  In the next few weeks, Jaxon was going through a crushing array of treatments and tests associated with Leukemia but he kept his head up, his spirits high, and took on each day and each challenge as they came at him.  He never lost hope, never got discouraged or depressed, and was most often worried about the well-being of those around him even more than thinking about his own condition. 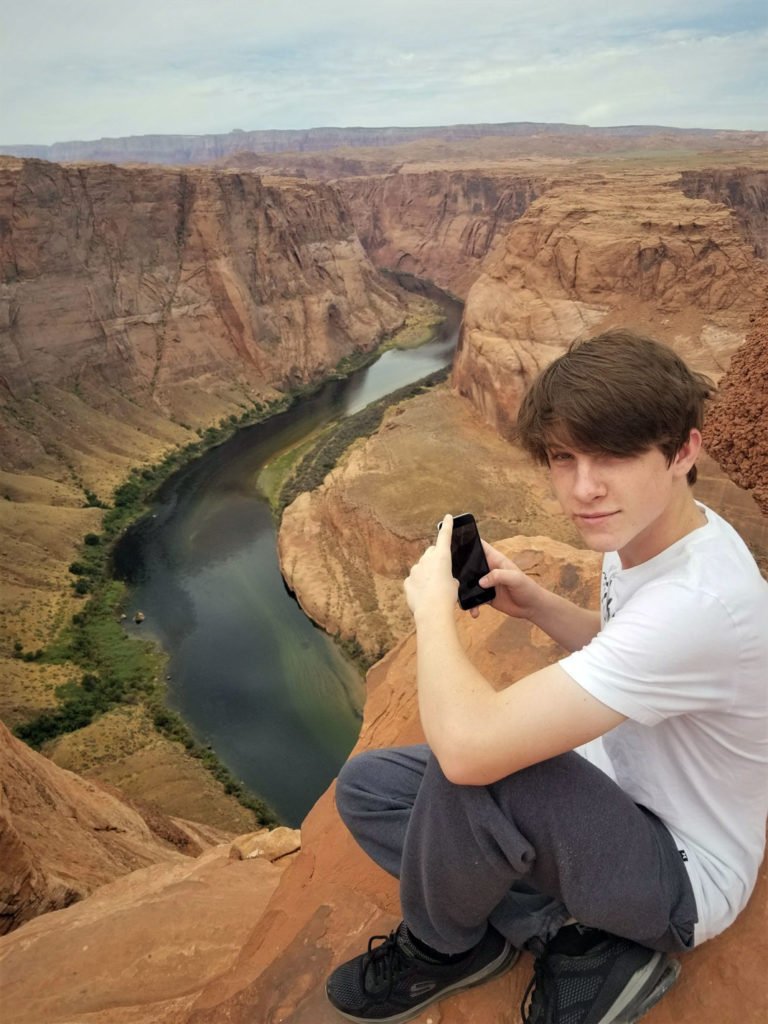 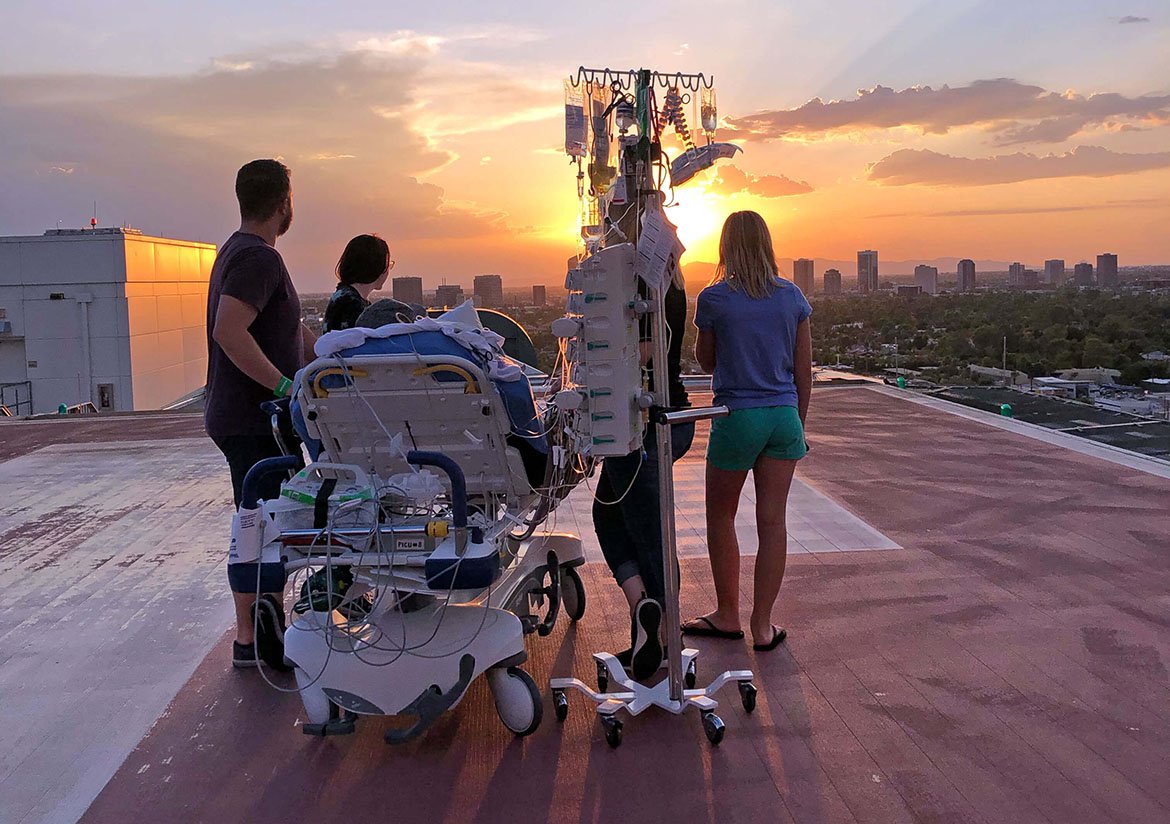 Jaxon spent the final 2 months of his life in ICU with many, many complications from chemo and then eventually a cancer relapse.  He developed a great rapport with the medical team at the hospital and the phrase “find the good, as Jaxon would” became an often-repeated slogan on the ICU floor.  The medical team and his family were all impressed that despite all the procedures, surgeries and complications he was always so polite, courteous and optimistic during those tough, tough days.  The constant flow of doctors, nurses, and specialists never seemed to take a toll on Jaxon.  There were some periods of time that Jaxon was intubated, and we could see the panic in his eyes when he would wake up from a surgery feeling like he was suffocating.  But he was so amazing at finding internal peace and calming as his survival instinct stopped him from pulling all those tubes out so that he could breathe freely.  He just worked through it knowing that he just had to get through that day and the next day until each medical issue could be solved.  He had SO MUCH HOPE and he never gave up.  The combinations of chemo, cancer, and time finally took their toll on Jaxon’s body and he slipped into a peaceful sleep on September 9, 2019.

Jaxon was never “old” but, when he was a young boy, he was impressed by a cousin who had served in the Marines and an uncle, Jay’s brother, who retired from the Air Force. He began to think about what a life of service meant and, when he began to consider his way forward, he believed a career in law enforcement would be for him.  A friend from elementary school told Jaxon’s dad that, as they entered their high school years, Jaxon stood out as someone who had already realized a path to follow.  He wanted to serve.  He wanted to give back to his community.  And he wanted to make a difference.

Jaxon, in his ever so brief 17 years, figured out a lot about life.  He figured out that how you treat people, how you make them feel; is far more important than being right or getting your own way.  He was willing to give up his own comfort and his own preference so that those around him would be comfortable and taken care of.  It is Jaxon’s caring and giving spirit that has lived on and fueled the creation of this foundation.  And this foundation will, in turn, continue to give to those in need, and care for others, in honor of Jaxon and his desire to serve.

The following is from a Blog that Jaxon’s parents, Jay & Jessica, created to keep friends and family up to date on Jaxon’s journey through care and treatment. This became a thread of over 140 pages of postings and comments – excerpt is from page 124 on September 9, 2019. 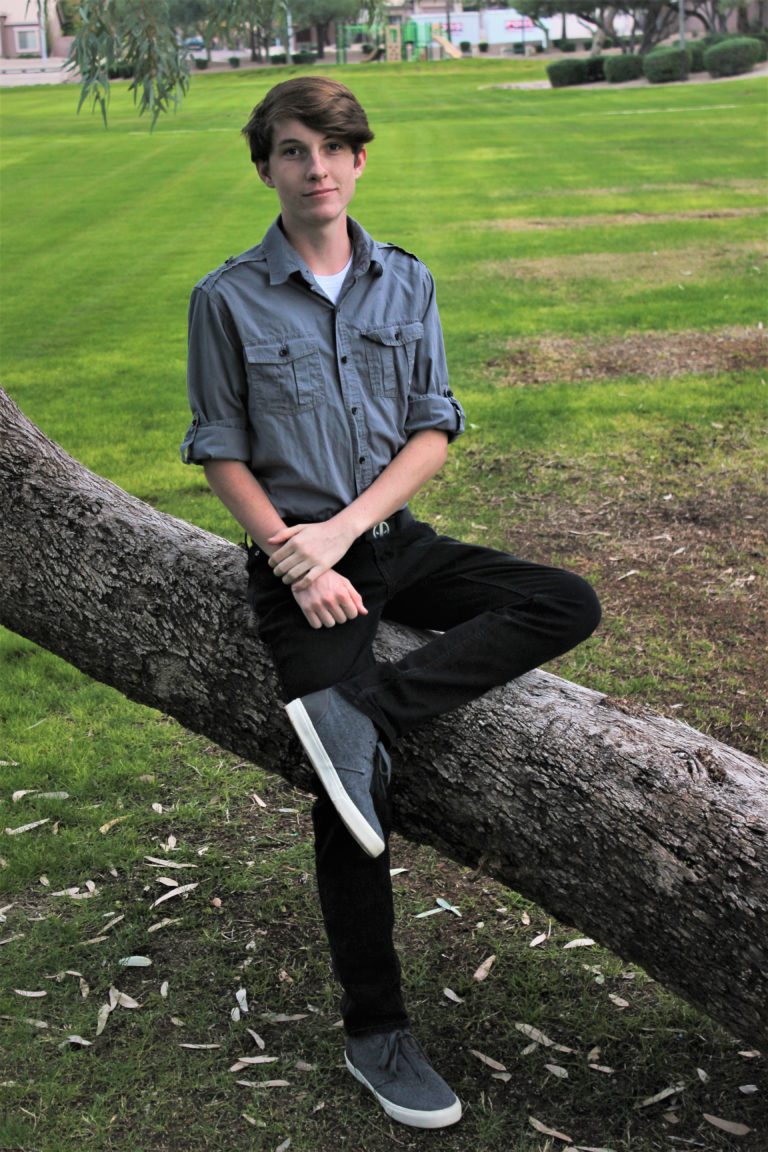 Weeks before Jaxon’s passing, when we all believed Jaxon would return home to the normal life of a 17 year old boy, Jessica and I were sitting on Jaxon’s bed talking to him. He had had tubes down his throat for about a week so we had no communicating other than by text. A few weeks before, I loaded a bunch of “life” pictures of Jaxon on the Fire Stick that we used on his hospital room TV. They were on his screensaver slide show anytime there was not something else playing.

I asked Jaxon if he knew why I had all those pictures of him on there and he said, “It makes me wish I had a second chance”. That comment hit us hard but what he said next was truly amazing. I asked him what he would do differently with a second chance in life. He had obviously put a lot of thought into this before I asked. His answer came immediately:

There was silence as I considered what he said. My response was “those 3 things are actually how all of us should be living our lives”.

We realized so many life lessons in those final months spending time with Jaxon…lessons inspired by Jaxon.

If your life was composed by 180 pictures what would your story be? For us, delivering Jaxon’s Final Wish to connect aspiring young people to a career path in Law Enforcement, has become our life focus. The image of Jaxon surrounded by law enforcement officers is a legacy that we wish to share with everyone. And images of young men and women who begin their careers in Law Enforcement and go on to impact many lives will begin to populate this website. We appreciate your support.

GET THE LATEST NEWS 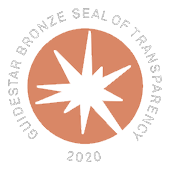 Jaxon Foundation is a registered 501(c)(3) nonprofit charity. All donations are tax-deductable.

©2020 Jaxon Foundation is a nonprofit corporation exempt from federal income tax under Section 501(c)(3) of the Internal Revenue Code.